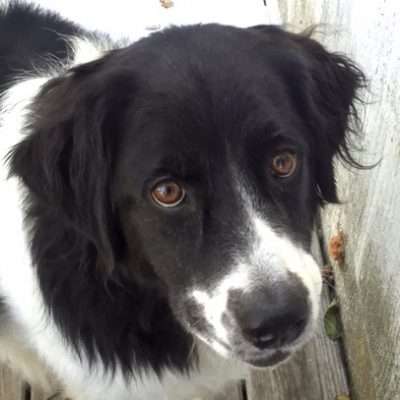 Sweet Stella, adopted from ESRA in 2014, was recently returned to foster care as a result of the family dynamics in her home, which had rendered her feeling overly protective of her people. Because her owners were unable to continue with the training necessary to aid in behavioral modifications, it was decided that it would be best for Stella to come back into our care for further training and rehabilitation. Our ultimate goal is to locate for Stella a new family who is willing to continue with her progress.

Stella has been with her Ohio foster family since June, and they discovered that she had developed a small irritated area between her lower front teeth. Was this the result of a bad tooth? An abscess, perhaps? A dental appointment was made for her. By the time 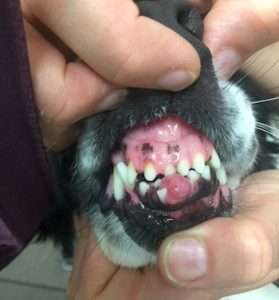 appointment day had arrived, just two weeks later, the area in question had doubled in size and was now a visible mass. It was decided that during her dental procedure, the mass should be removed and sent off to a lab for further testing. The removal of the growth involved the extraction of Stella’s four lower front teeth in order to make it possible to get as much of the invasive tissue as possible.

The days to follow came with good and bad news. Lab results revealed that the tumor was benign and non-cancerous. This was certainly a relief to her caregivers. However, pathology test results showed that this type of tumor was a locally aggressive and rapidly growing mass of cells known as Canine Acanthomatous Ameloblastoma (CAA), which would be very hard to completely obliterate without a more invasive form of surgery. We also learned that the margins along the specimen removed from her mouth were not clear – meaning that this type of cellular formation still probably existed deep within the tissue of her oral cavity.

A consultation was soon scheduled with an oncology specialist to determine how to address this troublesome growth. The consultation came only sixteen days after her dental procedure, but in that time the mass had already returned, so we needed to make some very quick decisions in Stella’s best interests. The surgeon was completely in favor of mandibular (lower jaw) surgery rather than a slower form of treatment via radiation and chemotherapy. Since the mass had already returned to the size it had been prior to the original dental procedure, and her lymph nodes, when palpated, were firm and plump, it was determined that they should also be removed. Chest x-rays were clear and bloodwork from just two weeks prior was all normal, so the second surgery was scheduled.

Just seven days after her consultation with the oncologist, Stella underwent her surgery to remove the mass and a v-shaped section of her lower jaw. Stella’s caregivers were kept informed of her post-surgical progress as she was watched by the attending staff at the hospital. She did remarkably well while she was there, and she was able to return home after two days. Once at home, she would be continually monitored by her foster family. 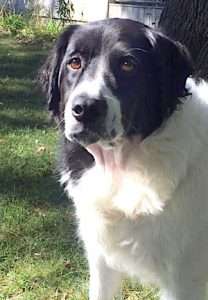 Within a week post-op, we received Stella's pathology results and were thrilled to learn that the surgery had been a success! There were clear margins all around the area of removal, and her surgeon had even been able to save her lower canine teeth, which was wonderful news because of the pre-surgery assumption that one or both might have to be removed in order to obtain clear margins around the mass. The diagnosis of CAA was also confirmed, and Stella was given a clean bill of health. She was about to embark on a normal, happy life with no restrictions!

Stella’s story is not uncommon to ESRA management and volunteers. We make a commitment to every dog that comes into our rescue, to care for each in the way we would care for our own canine family members. We carefully consider what is in their best interests and work with professionals to make these decisions. Our eventual hope is to find them all loving families to call their very own. Some of the dogs in our care, like Stella, just need a little more help. Unfortunately, this help does sometimes come with a significant financial cost to our organization, and we are always grateful for the support that we receive through your donations as well as your caring and concern for these very special cases.