Among all of the Springers helped annually by ESRA, many come into our care from extreme circumstances and in poor condition — some are sick, malnourished, infected with parasites, filthy and matted, suffering from neglect and perhaps even abuse. ESRA's mission is to aid even the most down-trodden of these Springers, giving them the extra love and care they need to help them flourish with their foster families in hopes that they may find their Forever Homes one day soon.

Some of our saddest cases blossom like butterflies from cocoons, both physically and mentally, and leave ESRA's care to enjoy the lives they so deserve with the love of very special families. We present a few of these success stories here as ESRA's "extreme makeovers." 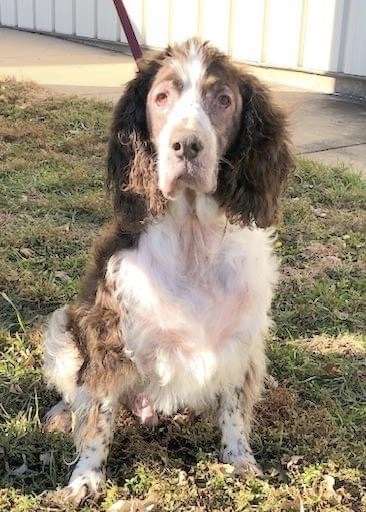 Jasper came into ESRA's care in December of 2019 after he was surrendered to an animal control facility due to a myriad of health issues that his owner could not afford to treat.

At the top of his medical concerns was his severe skin issues that caused substantial hair loss on his face, chest, neck, rump, underside, and back paws. His skin was red, inflamed, and infected with both yeast and bacteria. Additionally, he had terribly infected ears and had gotten sick with kennel cough. Poor Jasper was miserable. Luckily, once he was started on the proper medications and supplements, his skin looked much less angry, his hair began to regrow, and his ears cleared up.

Once Jasper settled into his foster home, it became clear that not only did he suffer from physical problems, but mental issues as well. He was evaluated by a veterinary behaviorist who diagnosed him with generalized anxiety disorder with global fears, neophobia, and severe separation anxiety. She also suspected a degree of canine Post-Traumatic Stress Disorder, likely from losing the only home he ever had and the stress of being in a shelter. Poor Jasper was started on medications and a behavior modification plan to help him through his mental struggles.

Fast forward a few months and Jasper's original medical concerns had made great improvements. However, he once again found himself back at the vet's office! In an enthusiastic burst of energy to chase some birds off of his foster mom's bird feeder, Jasper tore one of his cruciate ligaments. Thankfully, he did not require surgery. Whew!

Jasper's story is a special one, as he has had to overcome so much, both physically and mentally. While he still struggles with his anxiety, he has improved greatly. Jasper's case was also sad because there are many things about Jasper's behavior that suggest he was well loved house dog in his prior home, but his medical concerns just couldn't be managed. Luckily for Jasper, he will never have to lose another home again, as his foster mom has decided to make him a permanent member of her family! She describes Jasper as a "treasure" and is so happy to add him to her home.

You can see the change in the photos shown that not only does his body look healthier, but he has a light in his eyes that wasn't present before. We are so thankful we could help Jasper overcome his challenges and live his perfect happily ever after! 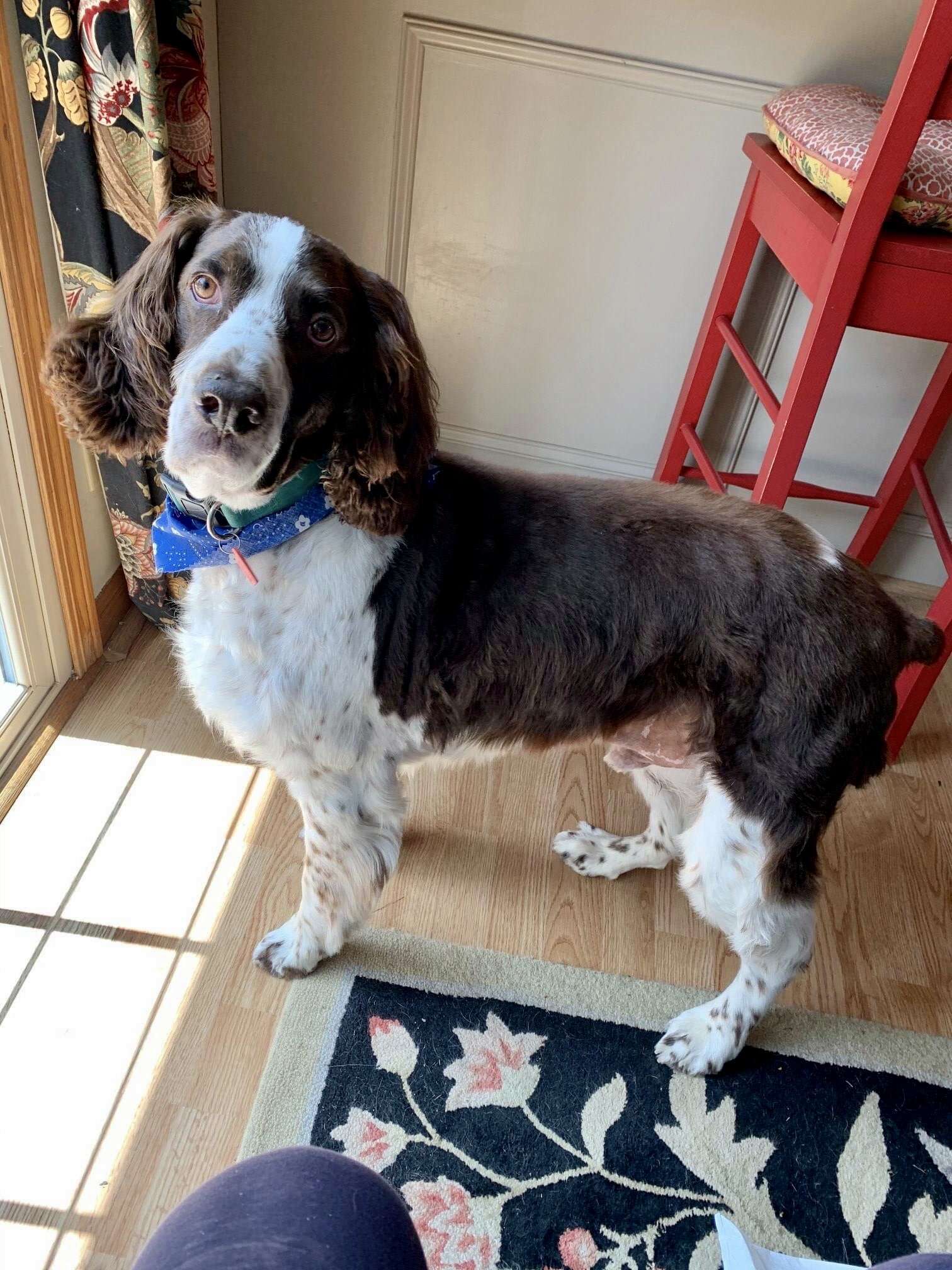 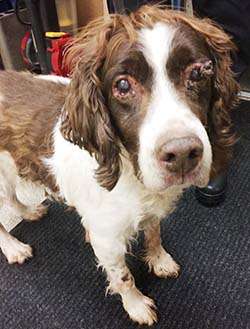 Sweet senior Manny arrived at a shelter in Minnesota in pretty poor condition. He was found as a stray, but sadly no one came to claim him. ESRA came to his rescue and attended to his immediate needs. Most obviously needing attention were the tumors surrounding his eyes and eyelids. Some were so large that they made it difficult for him to close his eyes. Manny has had these benign tumors removed, and he has also been neutered and had a dental cleaning. He's feeling so much better now. May his golden years be the best ever! 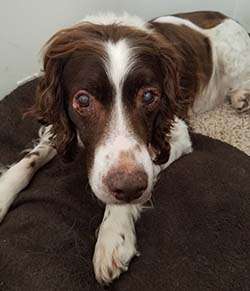 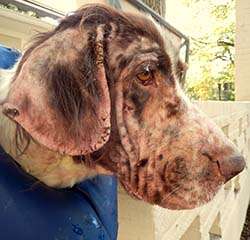 Sweet Bradley was a stray who wandered onto someone's property in Arkansas. Because the kind folks who found him imagined that Bradley had lived a difficult life, they took him to a shelter and offered to pay for his vetting. Even though his history was a mystery to us all, Bradley's obvious condition was deplorable. He was heartworm positive, he had sarcoptic mange that left open bleeding sores and scabs all over his mostly hairless body, and he was plagued with intestinal parasites in addition to being grossly underweight. ESRA came to the rescue, and Bradley was transported to Dallas, Texas where he spent months in recovery. It is there that he blossomed into the handsome boy you see here! His demeanor is as good as they come. Lucky Bradley, and lucky the adopter who has offered to share his heart and home with this precious soul. 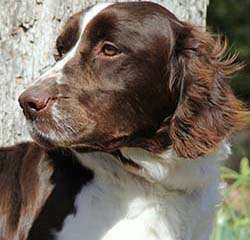 Would you like to help ESRA create another success story?

The Springers pictured above are just a few of our “extreme makeover” success stories. It is the extra help from donors like you that has allowed these dogs to be transformed into the beautiful dogs that we know today. We thank you all for your generous support. With your help, we are changing the lives of dogs like these every single day.

Your Help Is Needed!

Make a donation today!
Your donation is tax deductible. You can pay online by secure credit card transaction, or mail a check.
Donate